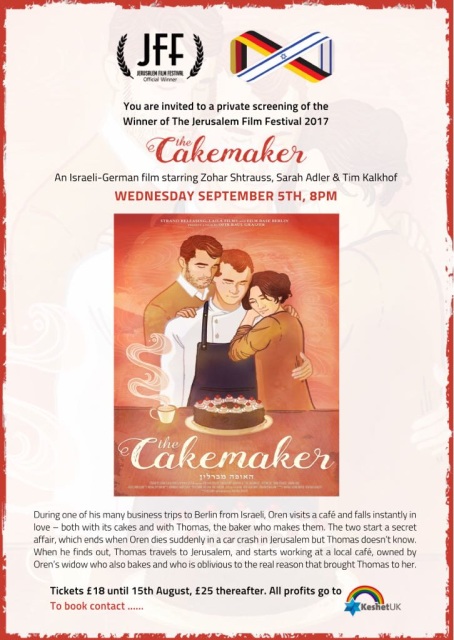 During one of his many business trips to Berlin from Israeli, Oren visits a café and falls instantly in love – both with its cakes and with Thomas, the baker who makes them. The two start a secret affair, which ends when Oren dies suddenly in a car crash in Jerusalem but Thomas doesn’t know. When he finds out, Thomas travels to Jerusalem, and starts working at a local café, owned by Oren’s widow who also bakes and who is oblivious to the real reason that brought Thomas to her.

*Location will be confirmed with ticket collection details.